Boy, that escalated quickly… I mean, that really got out of hand fast – Ron Burgundy, 2004

If your internet has been broken for the last few days you likely missed the colossal balls-up that Pepsi made of their new “Live Bolder” advert featuring celebrity star Kendall Jenner. To allow you to catch up we have posted the full advert below. How long it stays live for we can’t say because Pepsi are scrabbling around to hide the shame.

So, what is al the fuss about? Well simply, Pepsi had a creative idea based around people coming together in support of something important. This is not a new idea for big brands to tackle, in fact Coca-Cola were doing the same thing back in 1971 with their, “I want to buy the World a Coke” advert. This time around though (46 years later!) things are different and Pepsi’s attempt bombed.

The advert involves a protest march (what we are for isn’t made clear) which gathers momentum as it winds through the streets of a nameless American city. Busy in a photoshoot we see celebrity star Kendall Jenner (a Kardashian for those not in the know) who takes an interest in what is going on and hot-foots it into the crowd to join in the “fun”. The march continues on until it is eventually halted by a barricade of policemen. There is tension and confusion in the crowd but Jenner knows just how to diffuse the situation. She steps forward from the crowd, strides towards the police barrier and hands one officer a can of Pepsi. The policeman takes the drink, opens it, takes a swig and then turns to his colleague, smiles and nods. Jenner returns to the crowd a hero, the crowd goes wild, dancing and high-fiving ensues.

So, why the controversy? Well unfortunately for Pepsi the controversy has come not just from the fact that the advert is shockingly tacky and meaningless but because there are clear parallels with the Black Lives Matter (BLM) marches that have taken place across America in recent months as a result of tensions following the shooting of black men by law enforcement officers.

Most notable is the similarity between Jenner stepping out of the crowd towards the line of officers and this photo that was taken of Ieshia Evans in Baton Rouge during one particularly large and tense march:

Most of the advertising and marketing community took to Twitter to say that the Pepsi advert was tacky and lacked substance. Worse was to come from millions of other people who saw it as a crass attempt to hitch the Pepsi brand to the struggles of people all around the World who are taking to the streets to battle injustice. Many feel that the advert makes light of the plight of Black Lives Matter, or indeed any protest movement. Could all conflicts be resolved by holding out a can of carbonated gut-rot? Worryingly Pepsi seemed to be telling us that they can.

Of course it wasn’t long for a meme to develop and we got in on the act ourselves posting the following to our Instagram and Twitter streams yesterday:

Our thoughts were shared by thousands of people and we were quickly asked by the BBC to join in with the discussion live on air, such was the storm this ad had created.

It begs the question, could this campaign have ever worked?

If we look back at successful FMCG advertising and sponsorship deals over the years there is clear evidence that a brand can spread a message of unity and partnership. We only need to look at our TV screens during football world cups to see everyone from car tyre manufacturers to beer producers telling us that we are all part of the same team, “Come on England!”. It really works well, we feel united with these brands and we respect them for spending their advertising budgets to show their support for the boys in white. HOWEVER, we are talking about the successful attachment of a consumer brand to a sports tournament. Sure some of us may take it seriously and shout and scream at the TV as we get booted out on penalties, however, it isn’t life and death. What Pepsi attempted here is to try to attach their brand to the “protest movement”, whether that be BLM, Occupy Wallstreet, Anti-Trump, Anti-War whatever. What Pepsi said is, “let’s stand together and fight for what’s right, what’s important to us”. And herein lies the flaw to the creative concept… a can of Pepsi is a can of Pepsi, to even consider linking it to something so important to people’s lives, protests that have been born out of war, murder, suffering and injustice is frankly ludicrous.

Pepsi were naive, very, very naive. As consumers we have grown in both complexity and understanding. Advertisers find it more and more difficult to speak to us and inspire us because we are better equipped to see what devious tricks they are pulling. What’s more, we are more sceptical now of big business and big brands. We all know that Starbucks and Facebook weren’t paying their fare share of taxes, we know MPs were cheating with their expenses and that Tesco was flogging us horse meat. We are less trusting of brands because of the scandals that have made the headlines over the years and this is also evident in our purchasing process and decision making. The use of review sites, social sharing and user generated content shows that we are more interested in hearing what our peers think about a brand over what that brand wants to tell us about itself.

Last year Globescan released some research which showed that 40% of “aspirational consumers” wanted to see brands “taking part” and “standing up for the World”. This is perhaps the same report that the creatives in Pepsi read when they came up with this campaign. However, referring back to the way we now question what brands tell us directly, the wise course of action would be for brands to “do” something good and not just “pretend to do” something good.

If a brand wants to get behind a cause they feel is just and it makes commercial sense then great, best of luck to them. To come up with an insincere campaign in the way Pepsi did is not the way to act. Take this as an example, if we reworked the Pepsi campaign so that the few generic banners in the crowd were replaced with “Black Lives Matter” slogans and everyone was wearing “BLM” t-shirts Pepsi would’ve been taking a firm stance for a specific cause. Follow that by cutting the stupid ‘handover of a can of cola in the hope that the World will be a better place’ ending and simply close with a shot of the crowd standing hand-in-hand before fading to black with “#BLM” appearing and boom, you suddenly have a campaign that means something and shows what Pepsi stands for. Would it be offensive to some people, sure, everything offends someone, however, removing the crass Pepsi product placement and saying something of merit would likely go down a lot better than their first attempt.

The lesson to be learnt from this debacle is simply that consumers are not as stupid as you might think. We will consider what a brand tells us, we will talk about it on social media and we will shout if we don’t like what we are told. As brand managers ourselves we need to always remain sincere in our messaging and never try to take advantage of any issue that is close to people’s hearts, it will back fire spectacularly. 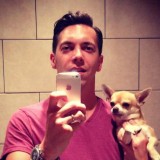